pen to paper + in between

Dawn Garcia is an LA born and bred Hispanic Latina. Growing up in a mixed race family that assimilated, and another that didn’t really allow for curiosity, the culmination of both became the driving force for pushing boundaries, challenging the status quo, and devoting her life to the fight for equality and social justice.  In a quest to go against the grain, she started writing at a very young age to process trauma and better understand her innate desire to live out her free-spirited nature. She is a journalist and screenwriter who has developed original TV series’ and films. Her genres of choice are drama, dark comedy, and comedy. Her strengths lie in empathetic story lines, descriptors and dialogue — both natural and raw — and while diffused with humor, inevitably she hopes to show the thread that connects us all.

She is currently developing a comedy TV Series for MGM Studios/Gato Grande Productions. She is a mother, an activist, and lover of life. 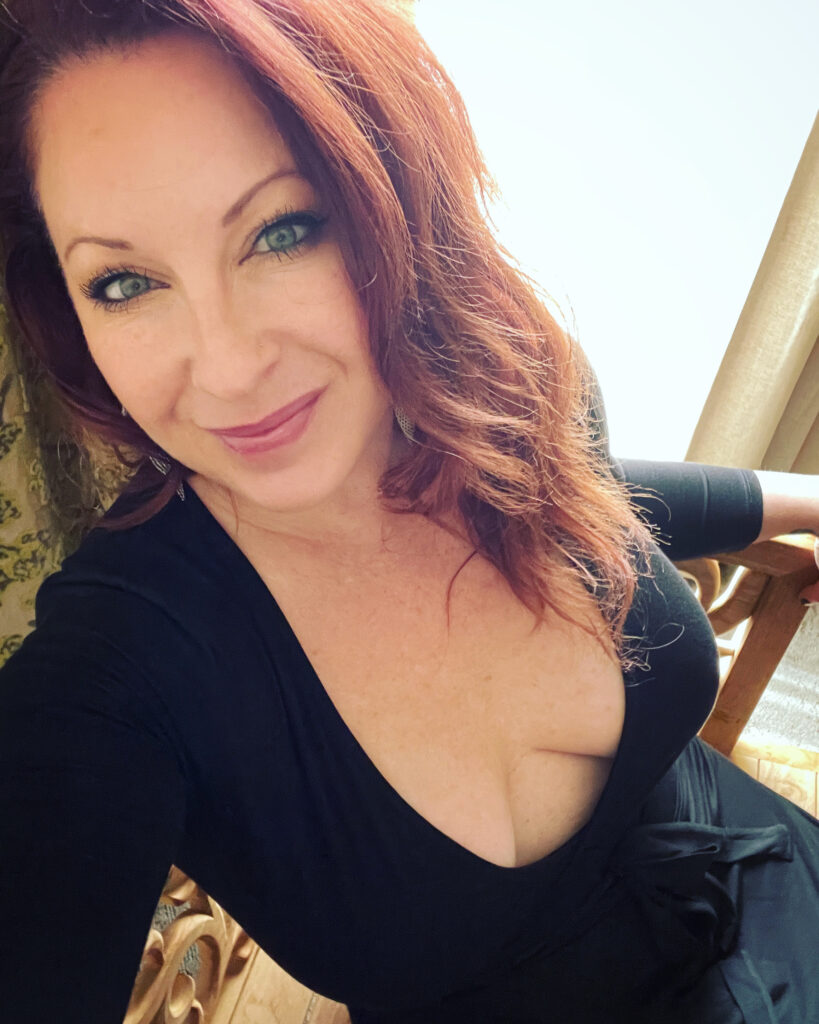 I was born in Santa Monica, California to parents that were way too young to be raising kids, and who a few years prior to getting together wouldn’t have legally been allowed to love one another. My dad is Mexican and Spanish, my mom Welsh and Irish. Living in a world so full of oddities, individuality and creatives fueled the lens through which I viewed the world. I found humor in chaos and beauty in darkness. After a traumatic childhood, writing became my refuge. Coming from a mixed-race family, finding my identity was always a struggle, so storytelling and words became the sole identifier of who and what I was and am.

My career began in makeup and special effects for film, television and theatre as I gleefully ignored the words clamoring to escape. Eventually they shoved themselves so deep that they finally bubbled up—and story began to trickle out again like a restricted leaky faucet on the verge of a bursting swell.

Having the pleasure to work with some of the best in the industry, learning the ins-and-outs of production, I’ve worked behind-the-scenes in pre and post, and learned the art of the business (when I switched gears and worked at BET Network in advertising, putting together upfronts). Eventually I submitted and heeded the call to write as a career. I founded a lifestyle and culture magazine (ĀTÔD Magazine) devoted to sharing stories that humanize creatives and the passion of cultural diversity, and I actively work to empower more women and further the narrative of true equality—in every facet of my daily life.

I have published over 2500 articles worldwide, have written and created four original TV series’, a live action short film, one feature adaptation, a one-act play, have six features in development, and I’m super honored to have garnered almost 2 dozen screenwriting awards. I have a podcast on writing (Drinking In The Pen) and an online store. I am an accredited member of the press, on the Leadership Council at LA LGBT Center’s Rapid Policy Response #ResistanceSquad, and a Juror for the International Design Awards and Hispanic Motor Press.

I have opted for self-respect, integrity, and to fight for what is right. I have chosen to live a life I won’t regret because being a woman—a strong, fierce woman, filmmaker and mother—means I make no excuses. I stand tall, work hard, know my limitations, and I play to my strengths.

I am highly imperfect and gloriously flawed.

I live in Southern California with my little family, our crazy dog, and two needy cats.

Juror for the Cannes Film Awards 2021

Board Member | African Tourism Board

Dawn is an advocate of racial and gender equality and believes human rights are inherent. Her mission in life is to a part of systemic change, to see the scales balanced that end social, racial, and gender inequity in this nation (and the world). Her hope is to leave behind a legacy where she has contributed to uniting the world.

“Dawn brings her entire self to her projects From conception to finish. Dawn puts 100% of her knowledge and experience to everything she does in an easy and carefree way that is very refreshing. It’s amazing to work with someone who can conceptualize and direct others towards the vision. I have worked with Dawn on many projects over the years and she continues to impress me every time.”

“You script was raved about by our analysts, and I know you’re in this game ‘for real'”.

“Dawn is the light you go to when the room is dark. She not only connects people, provides insightful articles on local and national events, but she has a pure heart. That’s not something you can say about someone you’ve only known a short time, but she is the same person I met 7 years ago. Beyond her exceptional abilities to tell stories and garner attention for them, she is a joy to work with and know.”

“One of the most detail oriented and prolific writers I have ever worked with. Capable of working on multiple projects and meeting deadlines. Excellent in connecting at an emotional level with the readers.”

“I loved how you developed the connection between Ana/Vanessa and Marian/Naomi and how the story unfolds little by little. I’m looking forward to reading more of your work! All the best and thank again!”

— The Script House (Re: Spiraling)

“Just finished Dawn Garcia’s script, Spiraling. She has managed to pull the reader into the psychological mind of a middle-aged woman named Marian. She takes the reader on a roller coaster inside her head. Read her script! #WGASolidarityChallenge”

“You produce more work than most writers, and what you produce is not only strong, its both prolific and it’s quality.”

“I gotta shout out to @atasteofdawn [Dawn Garcia]. She read my short and gave me excellent feedback/thoughts on what needs to be improved in the script! If you ever get a chance to be read by her, she is very helpful.”

“I started reading A Taste of Dawn Magazine online a while ago and I absolutely love it. Dawn writes and lives lie as one would hope everyone would, and her mission and motto says it all: Life is meant to be savored. And she’s right. Her style of writing is almost poetic, and draws you in especially when she is writing about food. It’s hard not to find yourself salivating at her tantalizing descriptions and that is where she, as a writer, is in a league all her own. ĀTÔD Magazine has become my go-to online source for where to eat, stay or play. Thank you Dawn for inspiring us all!”